We went on a softplay play date this morning. It was actually one of the best I have ever been on. Kiddo took straight to the slides and barely touched base with me for two whole hours! For me it was coffee paradise, surrounded by social adult conversation and that group therapy feeling you get when you have the chance to offload just how exhausted you are at this point in the summer holidays. Everyone was winning.
I watched the kiddo intently, as he jumped, ran and swung his way through the multicoloured obstacle course. All the children had huge grins plastered across their faces, that type that only compares to the expression you get from them when it’s Christmas Eve and the excitement is radiating. Kiddo was no exception. He too was grinning like a Cheshire Cat. I watched in case signs of an impending sensory overload were evident, I made sure his social radar was at least allowing him to move out of the way as other children came sprinting passed him. It was then that I realised. The other children were running straight passed the kiddo. In fact, if he hadnt stepped out of the way, I think they would have run right through him. I would like to note at this point that no child was doing this maliciously, they were all caught up in the wonder of blissful playtime with their friends. And that’s how it should be.
I watched as he climbed and climbed. Sometimes he was overtaken by a group of children with which he joined in their giggles. He ran after them. I could see the will in his eyes, the desire to be part of that group. And then the realisation that he just didn’t know how. He didn’t know how to say hello. He didn’t know how to get their attention. So he changed direction and off he went.
I noted with interest that as he chose a different path to the others, his smile remained painted from ear to ear. Despite his lack of success to gain membership into that group, he still seemed delighted to be where he was. And I don’t mean softplay. I mean in his world, where everything makes sense.

He glided around giggling at things that other children didn’t notice, belly laughing at something he had remembered from yesterday morning (who knows, he was finding something fantastically funny!). And then I asked myself. “How do I know you are truly happy?”

Although he was unable to gain what he wanted in socialising with others, that had not deterred him. He still found fun in whatever sparked that giggle of his. But I didn’t know what it was. In a neurtypical child the disappointment of not being included in play is often all too much, and the parents are sought after to solve the problem for them. Not with kiddo. He didn’t need me. He just needed him.

Throughout all of this the pang of sadness was at the forefront of my heart. But why? Because he didn’t play like I did as a child? Because he was on his own? Maybe that’s what he wanted after all. Many people are very happy in their own company.

So i decided, how do I know my son is truly happy? His smile. As long as I can keep that smile true and honest, as long as I offer him environments to grow where that smile is so easy to conjure, I will tell myself he is happy. Perhaps I will never truly know what he is thinking. But that’s my problem, not his. Maybe I need to have more faith that my son will tell me if he is unhappy. In his own way. And it will be for reasons that don’t bother us neurotypical bunch. He will be at his happiest in a situation I cannot fathom.
And that’s ok. Because I’m here for you kiddo. Always. 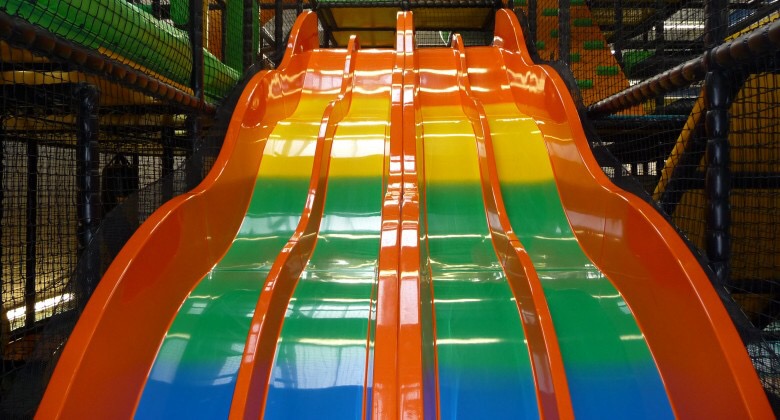